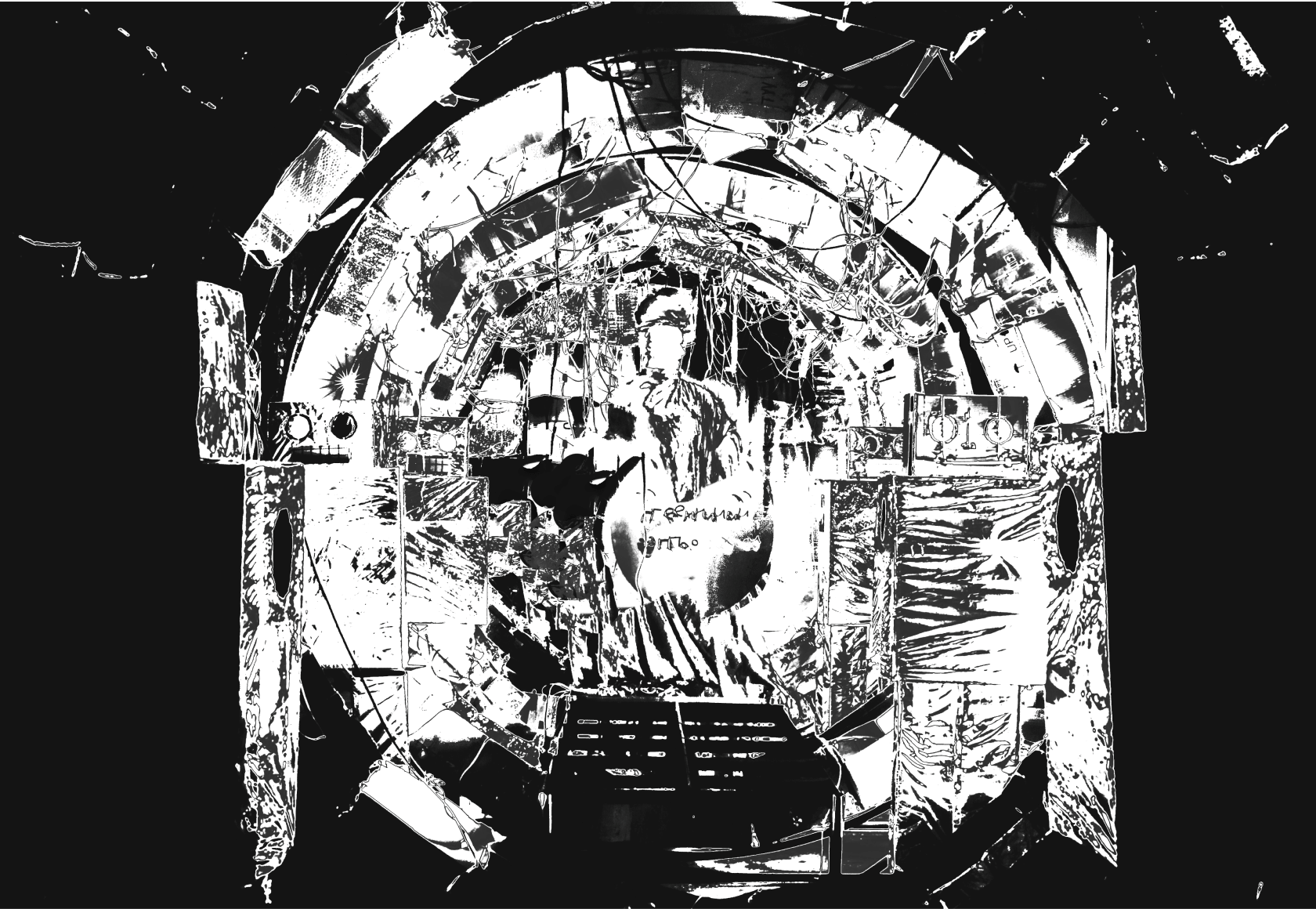 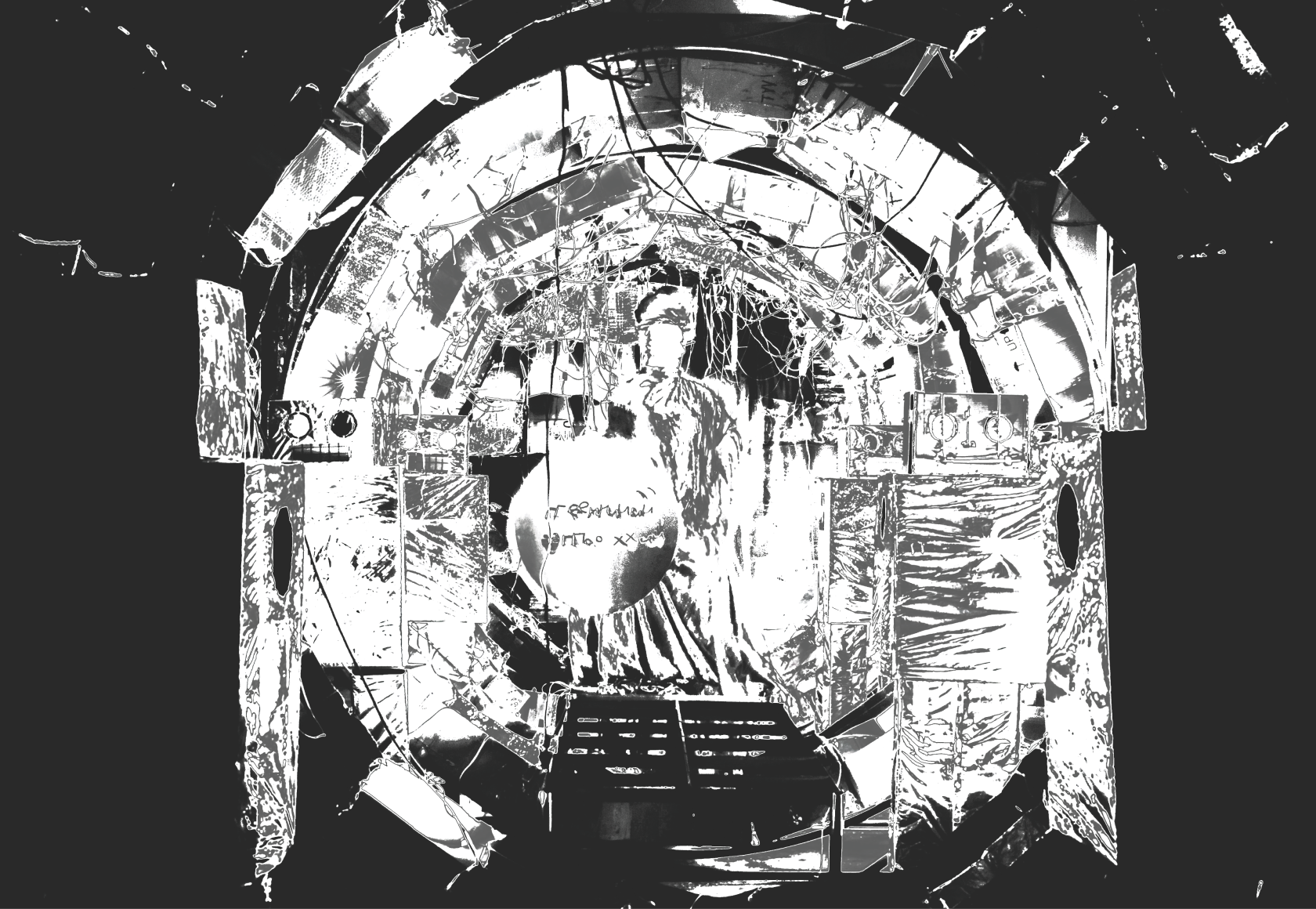 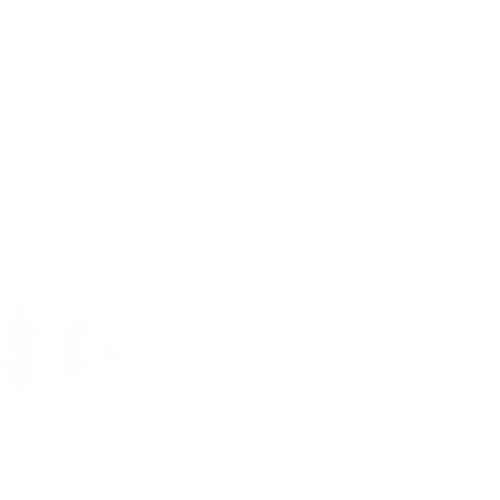 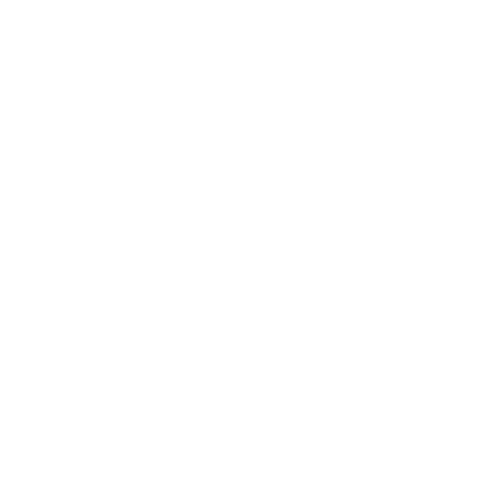 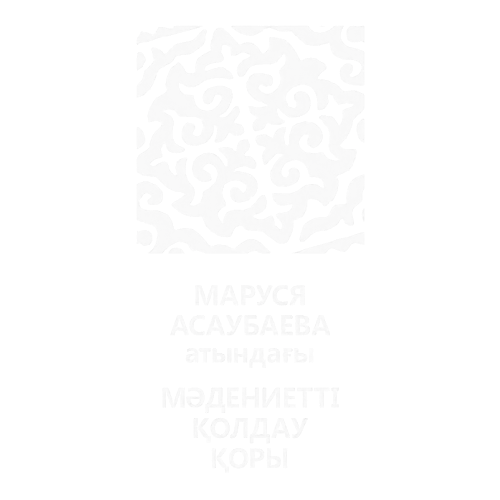 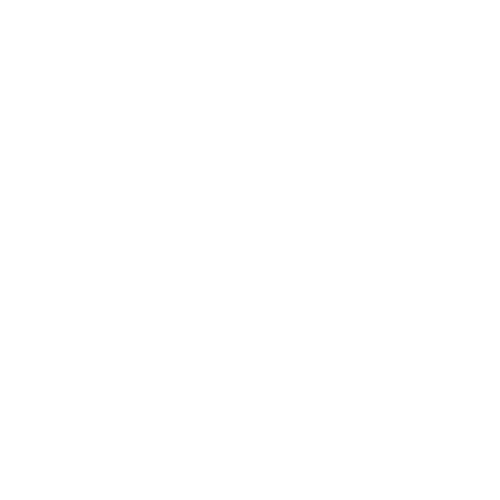 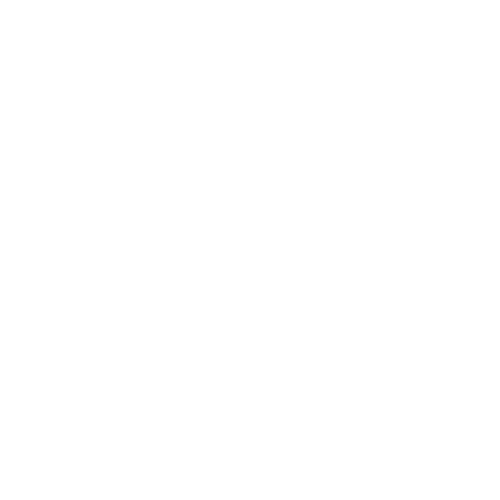 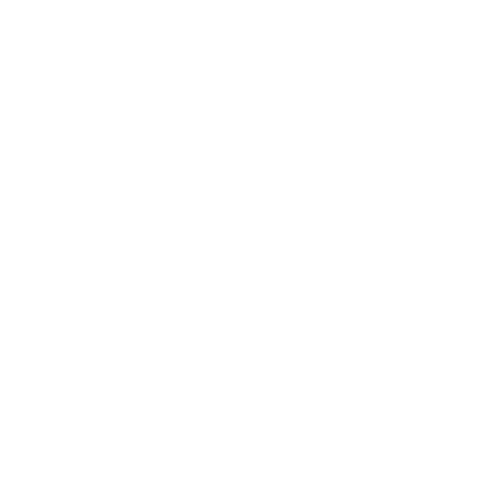 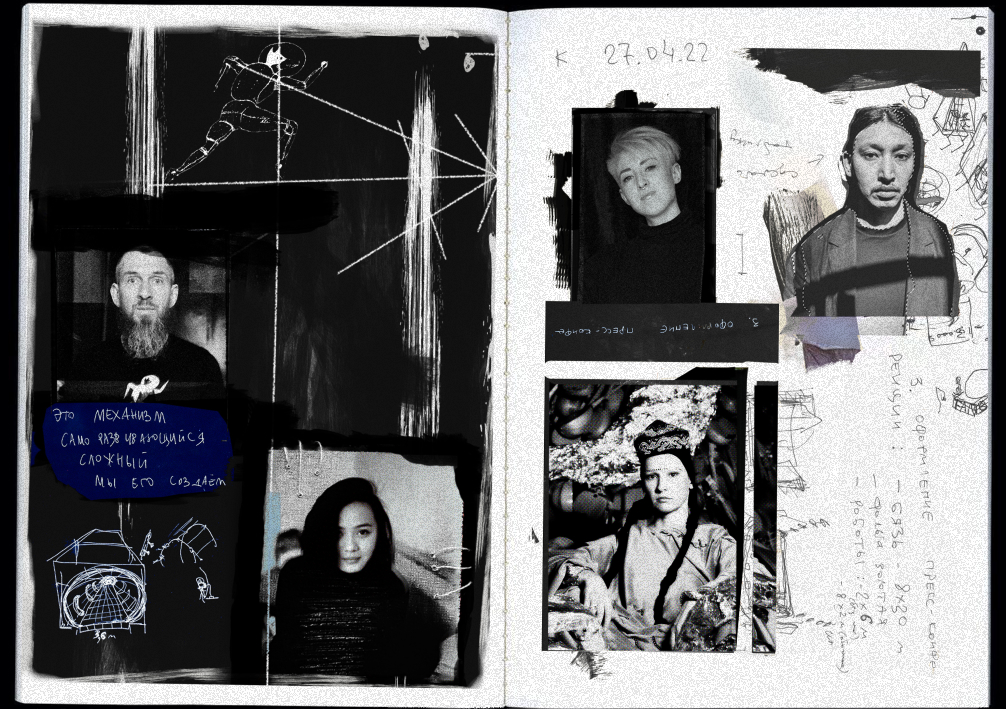 curators
Transdisciplinary collective ORTA was founded in 2015 by actress Alexandra Morozova and director Rustem Begenov. Since 2017, the group also includes artist Alexandr Bakanov, photo and video designer Daria Jumelya and artist Sabina Kuangaliyeva. ORTA explores the higher dimensions of human creativity through the creation of Universal Projects, including theatre, visual arts and new media art, video and film, technology, social research and philosophy, as well as robotic, computer, electronic engineering and applied arts. Since 2017, their projects have been mainly focused on the New Genius Theory of the artist Sergey Kalmykov (1891-1967).
ORTA Collective
& artists
Sergey Kalmykov
Sergey Kalmykov was born in 1891 in Samarkand. He studied in Petersburg and Moscow, where he was a member of the art studios of Kuzma Petrov-Vodkin and Mstislav Dobuzhinsky. In the 1930s, Kalmykov, at the invitation of the composer Yevgeny Brusilovsky, moved to Alma-Ata to work on the design of the performances of the Kazakh Musical Opera and Ballet Theatre (now Abay Kazakh State Academic Opera and Ballet Theatre), and spent the rest of his life there. Kalmykov called himself the Genius of the First Rank of the Absolute Interplanetary Category and developed ideas and theories on art, science, architecture, society, and human genius. The artist died in 1967 in complete obscurity, but inspired generations of contemporary artists in the region and left behind more than 10,000 pages of manuscripts carefully preserved by the State Archive of Kazakhstan, as well as over 1,500 paintings, drawings and lithographs, which are in the collections of the A. Kasteyev Museum of Arts in Almaty, the Russian Museum in St. Petersburg, the Pushkin Museum in Moscow and the Orenburg Museum of Fine Arts in Orenburg.

LAI-PI-CHU-PLEE-LAPA Centre for the New Genius is the first in a series of Centres for the New Genius to be opened all around the world over the next few years, decades and even centuries. These are the goals of the Centre:
LAI-PI-CHU-PLEE-LAPA Centre for the New Genius is a symbol and manifesto of the Art of the New Genius!
The New Genius was created using Sergey Kalmykov's way of thinking and his way of life as the foundation. According to the New Genius, genius can be stimulated, nurtured and cultivated within oneself. This happens under certain conditions and at different levels. There are two global sections of the New Genius: The Practice of Genius and The Physics of Genius. These interpenetrating sections are not easy to separate, but in the interest of clarity, here's an attempt:
The Practice of Genius is a set of principles and techniques for dealing with one's genius that can be applied by anyone. The Practice is simple in content, but like any other authentic practice, it is not so simple in execution. The Practice is not limited to principles already known, it is in constant expansion and development. No one is obliged to adhere to existing principles, everyone can and should create their own principles. "I am a Genius because I called myself a Genius!" – this is the main principle of the New Genius, which does not need to compare anyone to anyone, and certainly does not question the authenticity of this statement. There’s no need for committees! No need for evaluation! Everyone decides for themselves whether they are a genius or not – and no confirmation is needed! The Genius is Absolute. The nature of the Genius is in the Fourth Dimension. There are no measurements, no criteria, no relativity – only absoluteness. "Big" means big – not in comparison to anyone, but just big; "small" means just small, and not smaller than someone. Can't a person be absolute? Yes, they can. Can anyone be a genius? They can! The New Genius is not a given or a grade, it is a Practice. "I am a Genius because I Practice the Genius!"
The Physics of the Genius is the awakening of the genius through physical action. The newest development in this field is Genion Theory, which states that a person doesn’t exist in just the known dimensions – such as the third dimension, the idea dimension, the spiritual dimension, as well as others – but they also exist in the Fourth Dimension or “the genius dimension”. Moreover, while a person is present in the Third Dimension through their body, or in the idea dimension through their thoughts, or in the spiritual dimension through their spirit (or soul), a person is also present in the Fourth Dimension through their genions.
Genions are the fundamental particles in the New Genius that are the manifestation of the Fourth Dimension in a person. Each person exists in the Fourth Dimension through their genions, and the Fourth Dimension exists in a person in the form of genions. The mechanism of the Manifestation of the Fourth Dimension in other known dimensions is not yet fully understood. But it is known that in some existing systems this mechanism manifests itself as "nonlocality", "singularity", "magic". That is, genions are the particles that make up a genius. Genions can be similar to electrons, whose behaviour in electrical current conductors depends on such parameters as temperature, strength, character and direction of the electromagnetic field, and so on. According to Genion Theory, it is possible to create a special field – a Genius Field, which also affects the activity of genions. The degree of genion activity varies greatly from person to person. High activity means high genius, low activity means low genius. Some people may naturally have high activity, while others may never activate their genions to a perceptible level throughout their life. But everyone can (and should!) activate them!
Once again – it is impossible to clearly distinguish between the Practice of Genius and the Physics of Genius – because one is the other, and genius always occurs at the intersection of these two areas.
The Venice Centre for the New Genius creates and explores the conditions for activating genions through visual art, performative substance, music, photography and film, as well as imagination and faith and emanations of the historical beauty of Venice.

To share a whole new kind of human activity with the world – The Art of the New Genius – through “The Highness of the Worldwide Advertisement” (as coined by Kalmykov), that the Venice Biennale provides;
To use empirical evidence to find out whether it is possible to capture the emanations from the historic beauty that permeates Venice and that millions of people seek out during their visits to Venice every year;
To open a Portal to the Fourth Dimension – to create an actual rift in our reality, in which we would come into contact with something, the existence of which we all intuitively and tacitly feel – something ancient but always genuinely “relevant”, or, in other words, effective and therefore extremely radical – the root dimension of Man and the world – something which is Unknowable, which is New, which is the Nonentity.
To use the energy of these emanations to launch the Generator of Genius and to open a Portal to the Fourth Dimension;
To create a place that would simultaneously be a research centre, a place of reflection and peace, a place of art, a place of faith, and most importantly – a place of excitement of the Genius of Man;
To find out whether pavilion visitors are able to immerse themselves in the New Genius and avoid viewing our pavilion, our project, and ourselves as objects;
Pavilion OF